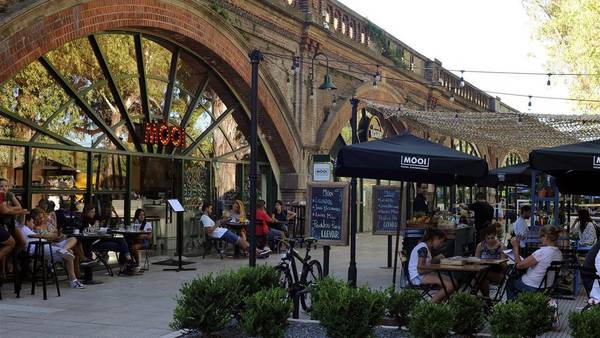 Posted by sylvia on 11 March, 2020
Things to do in Buenos Aires, Travel to Buenos Aires
0

Buenos Aires is often referred to as “The Paris of Southamerica”. And that is a totally legitimate claim. Buenos Aires is vibrant, it’s beautiful, and it’s undoubtedly the crown jewel of the Río de la Plata region. So many people, so many sights and so many bars, restaurants and ‘boliches’, argentine for ‘nightclub’. Like any big city, Argentina’s capital has its fair share of everything you could ever want or need.

Our mission is to provide you with useful information that focuses on quick assimilation into the Porteño culture. Feeling fully integrated will definitely help you with getting the best out of your stay in Buenos Aires.

First thing you will notice while living in the argentine capital is that everything happens a bit later here. If you want to have dinner in a restaurant, be aware of the fact that you will hardly find a place opening before 8 pm. The Porteños, how the inhabitants of Buenos Aires call themselves, usually won’t appear until 9-10 pm. On weekends, when it comes down to clubbing, deal with arriving  around 2 am if you don’t want to be the first at the party. Even if just going to a bar, don’t be surprised if your Argentine friends tell you to go there around midnight. That’s nothing special at all. Once you arrive, make sure to try fernet – the unofficial argentine national drink, usually mixed with Coke. By the way: Thursday ist commonly accepted as a day to go out just like the weekend.

When it comes down to food, make sure to try local dishes, such as:

Technically Spanish for a cut of beef comprising the ribs, the Buenos Aires asado is much more than that. It’s a cultural tradition and even a source of national pride. It stands for family reunions and long summer nights with friends. The process of grilling  is literally celebrated and dinner can last several hours. Don’t miss this unforgettable experience! There are also plenty of Parrillas (Steakhouses) in Buenos Aires, where you can enjoy excellent meat.

Parrilla with different meats and sausages.

Another thing, that actually is much more than it seems to be at first appearance is Mate, the national drink, also consumed a lot in Uruguay and Paraguay. It is prepared by steeping dried leaves of yerba mate in hot water and is served with a metal straw from a shared hollow calabash gourd. Mate is carried by the Porteños in every life situation you could think of and most likely shared in a group. If a Porteño shares his Mate with you,  I’d say you found a new friend.

With all that action going on in Buenos Aires there may come up one question: What does a Porteño do if he wants to escape the exciting capital for a while? Well, there are several options of day trips you can do around Buenos Aires. The best known destination is probably the ‘Tigre Delta’. No more than an hour’s train journey from retiro station, Tigre is a beautiful riverside getaway with an incredibly relaxed atmosphere, no matter if you’re entering the delta by boat, check out the old Puerto de Frutos or just enjoy a walk alongside the river promenade.

With an endless number of activities, you’ll never get bored in Buenos Aires. Here are two recommendations of things to do in Buenos Aires, that you would not want to miss, because you won’t see them even comparable to the intense way you’ll experience them in Argentina.

First thing that comes to mind is – obviously – Tango. No matter if you want to dance, take classes or simply watch a show . Nowhere else you will experience this dance as authentic as in Buenos Aires – the Tango capital of the world, where it was born in the 19. century.

And if you are into football you really need to watch a game in one of Buenos Aires’ stadiums. Affiliate yourself with a team. It doesn’t have to be Boca or River, preferably one of the 20-odd other outfits across Buenos Aires. Pledge fearsome allegiance to your chosen team and be prepared to support it with all you have. Even if the team is not very good, the atmosphere in argentine football stadiums is incredible even in the lower divisions, with singing and dancing fans making it doubtable if the real show is actually on or off the pitch.