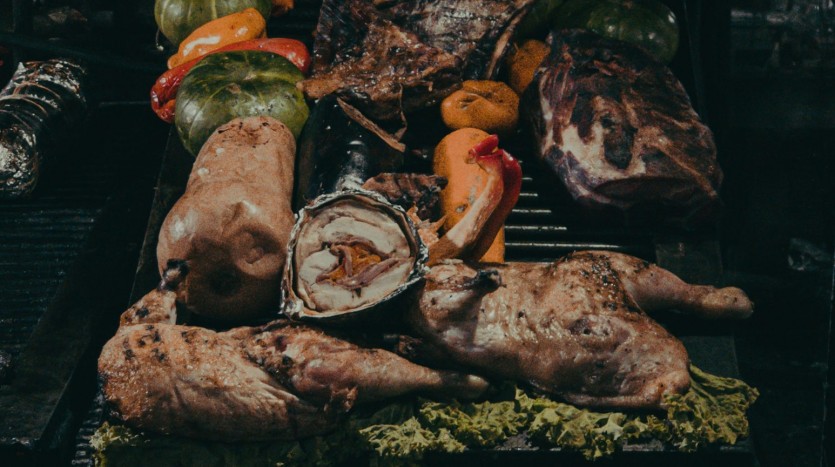 Everything you need to know  about the “Asado Argentino”

Posted by sylvia on 13 March, 2020
Real Estate, Things to do in Buenos Aires, Travel to Buenos Aires
0

One thing you definitely don’t want to miss if traveling to Argentina is an argentine barbecue. This country has mastered the art of grilling. And, speaking for Argentina, the term ‘art’ is quite appropriate, as they take their grilling very seriously.

There’s usually one grill master (asador) who takes charge of the process of grilling. However, work is done by everyone. While the asador starts the fire, the other guests may start cutting the cheese, making salads or simply open the first bottle of wine. And of course, the grill master gets all the support he could possibly need.

The key to an Argentine Asado is to grill the meat slow and with low temperatures. Also, make sure you don’t only grill beef. Although Argentina is mostly known for its incredible beef, there are plenty of things to put on the grill. Pork, chicken and sausages as well as cheese and vegetables.

In Argentina there is always a reason to throw an asado, no matter if there are 20 people or only a group of three. However, birthdays or family festivities are always an extra motive.

The social factor of an Asado is at least as important as the food itself and the joy of being and eating together often results in long asado nights.

Here’s some essential vocabulary to master a restaurant menu and every grill party in Buenos Aires:

Barbecue (the event) or just beef ribs, depending on the context.

The grillmaster. Takes charge of the grilling process from start to finish.

Steakhouse or grill (the cooking device), depending on the context.

Sirloin. When you’re not sure what to order, go for a Bife de Chorizo, as it’s one of the classics. A good way to compare the quality of different Parrillas by the way.

An uncooked, green or red sauce, used in cooking or as a dip for the grilled meat. There are many variations but the main ingredients are finely chopped parsley, minced garlic, olive oil, oregano, and red wine vinegar.

A variant of provolone cheese, often eaten at the start of an Asado. Often topped with chili and oregano. Usually seasoned with chimichurri and eaten with bread.

Grilled sausage, sometimes referred to as the tall thin brother of the standard chorizo. It’s way longer than chorizo and usually grilled in a spiral formation.

A cold sauce typically used to accompany meat. The salsa is based on vinegar, olive oil,  tomatoes, and onions, but in its variations, it can also contain garlic and various fresh herbs.

Parrilla:   Translates to both steakhouse and grill

Here are some of some fine Cuts that you will find in a Restaurant Menu: