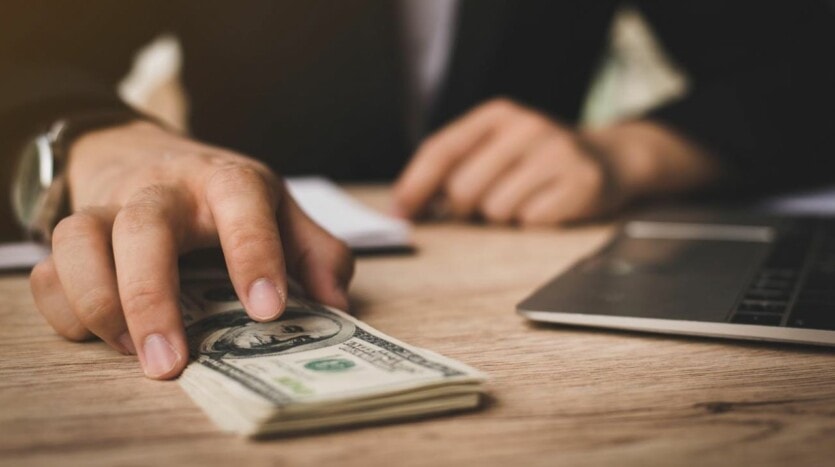 Posted by sylvia on 16 September, 2022
Real Estate, Things to do in Buenos Aires, Travel to Buenos Aires
0

Those who are traveling to Argentina for the first time may not be familiar with how informal our economy can be. There are many things that are not easy to explain from our culture.

It is important to bear in mind that there are many restrictions to get dollars in Argentina. Therefore it is not possible to withdraw American dollars from an ATM.

It is always difficult it is to explain to other cultures the operation of a second currency in this country since it is officially the Argentine peso, in many areas and commercial areas, the US dollar is the currency that is most talked about in this country and that is why our published prices are in this currency.

Here is an explanation of what the famous blue or parallel dollar means, this information will be useful on your next visit to Argentina.

The blue dollar, parallel dollar or black dollar are euphemisms used in Argentina to refer to the US dollar bought on the black market. It usually has an exchange rate that is well above the official dollar ( almost double at the moment.  September 2022).

This concept began to be used in the South American country in 2011, as a consequence of the restrictions, for the acquisition of foreign currency imposed by the Federal Administration of Public Revenues and the Central Bank of the Argentine Republic.

Argentine economy can go through very turbulent times. Depending on how it’s doing at the time, the difference between the official dollar and the blue dollar can be up to 100%!

The “Dolar Blue” is basically the price of the American dollar in the unofficial market in Argentina. Since its price is much higher than the price of the “official dollar”, foreigners are usually interested in these transactions.

Let’s consider an illustrative example with clear numbers. Suppose you come to Argentina with USD100 and want to exchange them for Argentine currency, the “pesos” (AR$). Imagine you make your transaction official bank rate, for example Banco Nación. Today ( September 2022) the official exchange rate for your USD would be as follows: USD100 = AR$ 145,000*

Furthermore, there’s something to bear in mind when you use your credit or debit card. The corresponding exchange rate for these transactions is the official one. Therefore this is not as convenient as exchanging cash money in Argentina.

* These values can change everyday!  You can see them on this site:

The best place to exchange USD cash money is in Casas de Cambio, there are plenty in the whole city. Honestly is it is very easy for everyone to exchange dollars at the price of the “Blue Dollar”. This is how every Argentinean gets their dollars of gets their pesos every day.

Besides, it is definitely worth making clear that exchanging money in the parallel market is not illegal. Nor punishable by law. It is simply a private transaction between people. Some people sell and some others buy.

It is very common to hear on the streets in Downtown people saying “cambio, cambio, dolar, real, euro, cambio” . I know, it seems like a joke but it is true and is not illegal, its real.  These people who say “cambio, cambio” are known as “Arbolitos” (“little trees” in Spanish). It’s easy to understand why. First, we could link the green leaves with the green USD bills. Then, remember these people are always standing in the same spot. Like a tree, of course.

What is the transaction of exchanging “Dolar Blue” like?

How to get in touch with a “arbolito” will not be a problem. They will ask you, as soon as they have the opportunity, if you would like to exchange money. Besides, approaching them and just asking them should be very easy as well.

The USD bills that you would like to exchange should be in perfect condition. Furthermore, they should preferably be USD50 or USD100 bills (high-value banknotes). Otherwise, you could be offered a lower rate.

Here’s more important information to bear in mind. It is likely that they will ask you to walk with them to an office in the area, in order to complete the transaction. It may also take place in a shop or in an office inside a gallery. Even at a newspaper kiosk that is actually an unofficial exchange office! We know, it sounds a little scary for someone who is not used to it, but it is not usually dangerous and we have never heard of bad experiences. These people take this very seriously as a job, actually.

When buying a property in Argentina, or renting a Property on a Temporary Basis,  pre-owners and real estate agencies usually set certain requirements. One of the most common dictates is that properties must be purchased or Rented in US dollars. This is why if you are looking to buy or sell a Property in Argentina you will only see property prices advertised in US dollars.

This is why most of the transactions related to Real Estate will be in dollar “billete” which is the real dollar, which as we mentioned before, you can only acquire at the available Blue Rate.   Some owners will take dollar official of other rates lower than the blue rate on their transaction but in that case, the price will be advertised higher, so the owner can have enough to get the real dollars and pay their mortgage loans.  This means that at the end of the day, you will be paying in any case, the same amount of Dollar Billete.