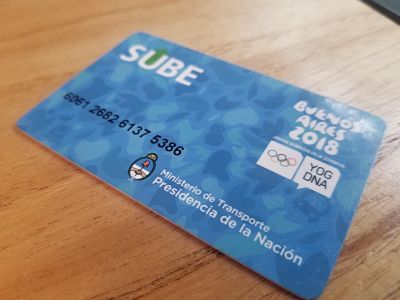 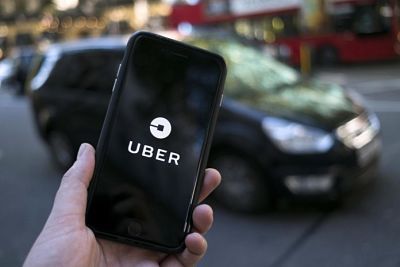 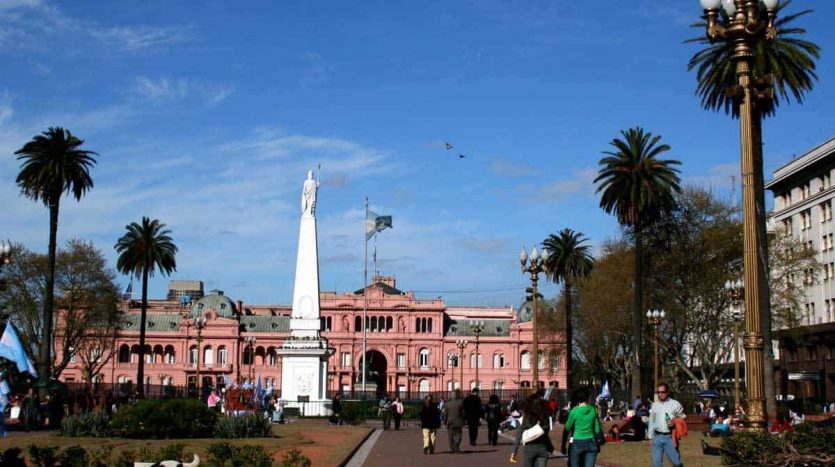 Getting around Buenos Aires

Despite Buenos Aires’ heavy traffic, the city’s public-transportation system is efficient and usually a better way to get around than driving.  Here are all the options:

Bus The city has hundreds of bus lines that can take you within a few blocks of any destination. Rides around town are cheap. Most bus routes (but not all) run 24 hours; there are fewer buses at night.
Subte BA’s underground, or subway, is not difficult to figure out and a quick way to get around – though it gets hot and very crowded during rush hour.

Bicycle Buenos Aires is generally not the best city to cycle around: traffic is dangerous, with scant respect for cyclists.
However, things are getting better. New bike lanes were installed in 2010 and are expanding; a bike-share program also exists, but it’s more geared towards residents (one-hour rental limits).
The city’s best places for two-wheeled exploration are Palermo’s parks and the Reserva Ecológica Costanera Sur; on sunny weekends you can rent bikes at these places. You can also join city bike tours, which include bicycle and guide.

For information on bike tours you can visit  Biking Buenos Aires

Car & Motorcycle Anyone considering driving in Buenos Aires should know that most local drivers are reckless, aggressive and even willfully dangerous. They’ll ignore speed limits, road signs, road lines and often traffic signals. Buses are a nightmare to reckon with, potholes are everywhere, traffic is worse every day and parking can be nonexistent in places (and cost a bundle). To top it off, pedestrians haphazardly cross the road, seeming to beg to be run over at times.Reconsider your need to have a car in this city: public transportation will often get you anywhere faster, cheaper and with much less stress.

Taxi & Remise Buenos Aires’ very numerous and relatively inexpensive taxis are conspicuous by their black-and-yellow paint jobs. They click every 200m (or every minute of waiting time) and cost 20% more after 6pm. Make sure that the meter’s set to the current price when you start your ride. Taxis looking for passengers will have a red light lit on the upper right corner of their windshield.

Buenos Aires is a modern city with good health and dental services. Sanitation and hygiene at restaurants is relatively high, and tap water is generally safe to drink. If you want a glass of tap water, ask ‘¿Me podés traer un vaso de agua de la canilla?’ (Can you bring me a glass of tap water?).
Public health care in Buenos Aires is reasonably good and free, even if you’re a foreigner. Waits can be long, however, and quality spotty. Those who can afford it usually opt for the superior private care system, and here most doctors and hospitals will expect payment in cash. Many medical personnel speak English.
If you develop a life-threatening medical problem you may want to be evacuated to your home country. Since this may cost thousands of dollars, be sure to have the appropriate insurance before you depart. Your embassy can also recommend medical services.
A signed and dated note from your doctor, describing your medical conditions and medications (with their generic or scientific names) is a good idea. It’s also a good idea to bring medications in their clearly labeled, original containers. Most pharmacies in Argentina are well supplied.

Buenos Aires is generally pretty safe. You can comfortably walk around at all hours of the night in many places, even as a lone woman. People stay out very late, and there’s almost always somebody else walking on any one street at any hour of the night. (Some areas where you should be careful at night, however, are around Constitución’s train station, the eastern border of San Telmo, and some parts of Once and La Boca – where, outside tourist streets, you should be careful even during the day).

As a tourist you’re much more likely to be a target of petty crimes like pickpocketing and bag-snatching than armed robbery or kidnapping. Be careful on crowded buses, on the Subte and at busy ferias (street markets).

Como Viajo
Como Viajo is an easy tool to figure out how to get from one specific address to another in Buenos Aires using public transportation. Just enter your starting address and your final address and it will give you several different options of how to arrive by subway or bus.

MAPA BUENOS AIRES BA COMO LLEGO
The same tool as Como Viajo but the city government’s version. Many find this site easier to use than Como Viajo and with better functionality. They are both worth visiting to figure out which one you like best.

One thought on “Transportation in Buenos Aires”

Buenos Aires Fun Facts
So, You Want to be a Meat Sommelier?